A very brief history of Jewish life on the island of Curaçao.

There are hundreds of years of archival materials all over the world that document the journey of the Jews of Curaçao. So, understandably many an article, essay, book and even volume has been written and published about the almost four centuries of Jewish life on the island. Shall we take a look?

The first Jew to arrive in Curaçao was Samuel Cohen. He served as an interpreter on board the Dutch fleet under the command of Johan van Walbeeck, which conquered the island from the Spanish in 1634. He did not stay long, however.

It would be almost two decades later, in 1651, that the first dozen Jewish families from the Amsterdam Portuguese community settled on the island. These settlers were Sephardic Jews, originally hailing from Spain and Portugal. Their ancestors had fled persecution during the Inquisition starting some hundred and fifty years before. They found refuge first in tolerant Holland, then in Dutch Northern Brazil and later on right here in Curaçao, where they pioneered a new home and livelihood, and making way for many new Jewish arrivals.

In fact, from 1660 onwards practically every ship arriving on the island included at least one Jewish family. In subsequent centuries the Curaçao’s Jews would build a large successful regional network of trade, commerce and shipping with family members branching out to live and operate in countries and on islands all over and around the Caribbean Sea. 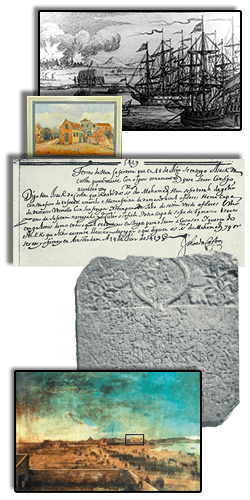 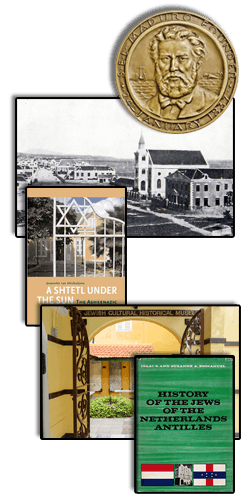 As early as the late 19th century, but mostly in the early 20th century, Ashkenazi Jews also started arriving in Curaçao, mainly from Romania and Poland. In their mother countries they had been treated as second class citizens due to anti-Jewish measures. In addition, between the two world wars extreme poverty reigned in Eastern Europe. All this, along with rising anti-semitism and compulsory military service, prompted many Jews to leave and seek a new life elsewhere.s

Both during and after World War II there were smaller waves of mostly Ashkenazi Jewish immigration on the island. In many cases they joined their relatives already living in Curaçao. Throughout the centuries, this little island of ours has provided a safe haven for thousands of Jews. If we could count all their descendants surely there would be hundreds of thousands more people that could trace their ancestry to Curaçao’s Jews.

Looking to the Future

Today two small congregations of Jews still worship on the island. They remain dedicated to this rock that has given them and their ancestors shelter, hope and the promise of a more secure future, a future free of persecution and anti-Semitism.

Curaçao: cradle of judaism in the Americas.

Curaçao: cradle of judaism in the Americas.

There are many Jewish sites to visit in charming Curaçao.

There are many Jewish sites to visit in charming Curaçao.

Want to visit us? Start planning your trip today.

Want to visit us? Start planning your trip today.

Can’t get enough of these captivating stories?

Can’t get enough of these captivating stories?

CuracaoJews.org is an initiative of the Jewish Cultural Historical Museum

as we approach 400 years of Jewish life recorded on the island of Curaçao.

Ⓒ 2021 - All Rights Are Reserved - designed by socialutions caribbean